Click HERE to watch us getting Endale at the orphanage


Click HERE to watch us getting Gabrielle at the orphanage

Posted by Andrea and Peter Kidd at 2:05 AM No comments:

Posted by Andrea and Peter Kidd at 11:09 AM No comments:

The Story of Selam and Abeba and how we were led to them. 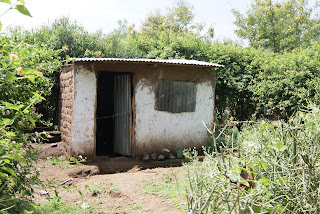 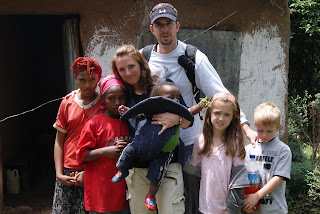 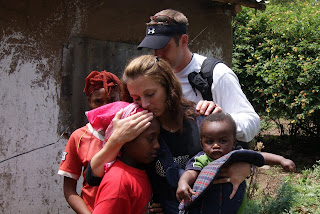 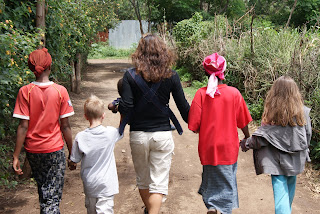 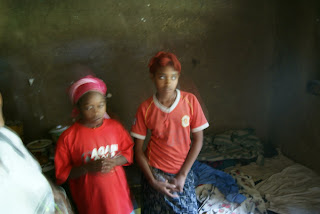 were led to Selem, to her sister Abeba, to the stoop of their hut, please step in with us and learn their story:

Our first day at our sponsor community called Look Development was amazing. We spent the time handing out care packages from all the families back home who treasure these kids. We, of course could not wait to meet our sponsor children in person. As Isabelle's firend walked through the door, her older sister was holding her hand. This was our introduction to Selem (10) and her sister Abeba (13). As we said hello and began giving Selam her candy and clothes and goodies, we learned what she needed was bigger than anything we could have put in that zip lock bag. They had just lost their only living parent to AIDS, and were living all alone! The 13 year old sister was taking care of them. The look of pain and fear and despair on their faces was indescribable. We knew we would be back in a week, and asked Look Development to help us help them. We left in tears that day hugging the girls and telling them we would see them in 7 days. They asked us to visit their house when we returned.

We learned later in the week that their house was in shambles and was not safe. They had no mattress, no blankets and no food. The window and door to their hut was broken, we agreed to pay for all these things and would deliver them when we returned. Prayers and prayers were lifted up for them and for our hearts to be prepared for what we would see. Nothing could have prepared us, and only Jesus, holding all our hands and holding me up could have gotten us through our next meeting.

At Look, we were shown all the supplies that had been purchaased for Selma and Abeba, but there was a problem, anything that had been given to them was stolen. We could not even bring them the basic things they needed, because what they needed was even more basic! PROTECTION.

We left to go see them and where they lived. We drove and drove, down long muddy rodes, until we were told we had to start walking. We walked down a thick path that led to their hut. They came running out and I saw smiles from both of them for the first time. You could see they could not believe we had come. Walking up to their house was sureal, part of my mind begged to not have to enter the door, to run away and to never look back. My flesh screamed..... my spirit walked me throug their door reassuring me that this was part of our purpose and God was with us.

We stepped into a dark square of a mud hut. All that we could see was an old wire bed frame, covered in clothing.......the clothing of their deceased father and mother. This is what they slept on. Did it bring them comfort? Could they still smell their parents when they selpt? On the wall, was a poster of Jesus, and there was a Mesobi (for eating and coking) in the corner. Also a very dirty yellow jug for water.....where did they even get water.....how far did they need to walk.....was it even clean? My mind was racing as the sweat began to drip down my forhead, and I watched a huge spider crawling inches from my face. I glanced at my 2 oldest, for a brief moment wandering if they were o.k......they were, but the looks on their faces I will never forget, as a work was being done right in front of my eyes.

Our representatives from Look were talking with Abeba and asking them how they were. I went weak as they described the nightly scene of drunk men coming to their house and banging on the window to get in. I pictured these 2 beautiful girls huddled together fearing that these men would break in and steal the only things they had, or even worse, steal from their innocent bodies. We told them we would pay for them to move into a new place closer to the Look Development office so they could be safe. They did not want to give up their house, it is the only memory and only thing left from their mother and father. They feared the gov't. would take it away from them. We told them we would fix their window and door and gate, so they would be more protected......I could see Abeba's face changing, she was mustering up courage, she was so sweet and so quiet, but her face told me something was coming........I knew in my heart what is was, and I was paralyzed. She looked at us and asked to be adopted. They want a FAMILY and to bbe ptrotected and loved. Pete and I barely caught each others eyes, as we had no idea how to respond. Both of us wanted to grab them and run and bring them home and never look back. Pete only said it was a very difficult and long process, and we would do what we could to help them.

We stood outside their house and hugged and prayed over them. I held each of them tight until they cried. They needed a mother's love and protection and the feel of safet, if only for a moment. I kissed them all over their faces and told them I loved them and we would see them again, and help them in the meantime. Isabelle and Johnny begged to give them all the food we had in the van, so we asked them to walk back with us. We walked down that path to the van, praying the whole way. I didn't know until later that night after looking at the pictures that we were all holding hands. Isabelle and Johnny love these girls too, and their hearts were broken and changed that day too.

As we said goodbye and drove away, I prayed to God to show me waht to do. It was no accident that we were led here, that we were to see these girls and to learn their story. As I licked my lips I could taste Selam and Abeba. Anyone who has visited orphans knows that salty, dirty smell that the kids have. You look past it, because you care more about giving them love than the dirt or smell they carry. For the first time that taste was so sweet and I didn't want it to go away.

My prayer, is that these girsl will be protected, that YOU will be touched by this story, moved to action of some sort, that SOMEONE may see their daughters in these two girls. Last night God told me to write this story and to share it, I pray that I was sent to these two for one of you.

Thank you for reading, looking into the dark and hard places that Jesus sees and begs us to walk with him. I thank you for passing this along to anyone and everyone, and for any step you take to help us help these girls.

UPDATE: A family read this post on Facebook and immediatley knew these were their girls. They contacted us while we were still in Ethiopia and have begun the process to adopt them!!!! Isn't God truly amazing.
Posted by Andrea and Peter Kidd at 9:36 AM 1 comment:

Meeting Endale for the first time.

Meeting Endale For The First Time! from Peter Kidd on Vimeo.

Waking after a restful nights sleep. we are going to meet our son today!!!!!!!!

We made it to Ethiopia!!!! we had a great trip....the kids were fantastic. our house is perfect and we are exhausted-

We leave today for our adventure! 5 huge bags packed for our family of 6!!!! 11 Rubbermaid bins full of donations and food for us, and things we will need for our new house.

We are praying for safe travels, for the three little ones to sleep a good portion of our flight tonight, and for our stay in Ethiopia to be blessed. We are so thankful to get to spend time with our new son, to not leave him after court, and to visit our Hopechest orphanage. We will be delivering 89 care packages from the U.S.......what a blessing this will be to tell these children- one-on-one- about there sponsor families back here, and how much they love and think about them!

I am filled with excitement, nerves, and anticipation to see how God will use us, to see GiGi back in her country of birth, to meet my new son, and to see my older 2 FINALLY get to experience this place they have heard about for years.

God bless, and I will be updating soon! 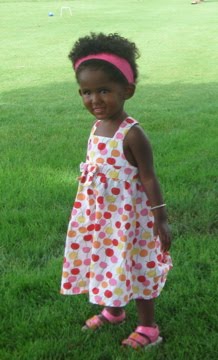 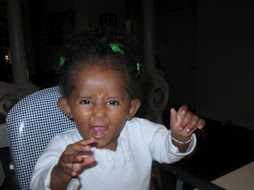 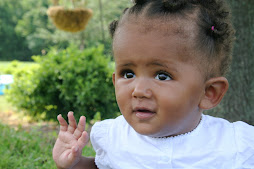